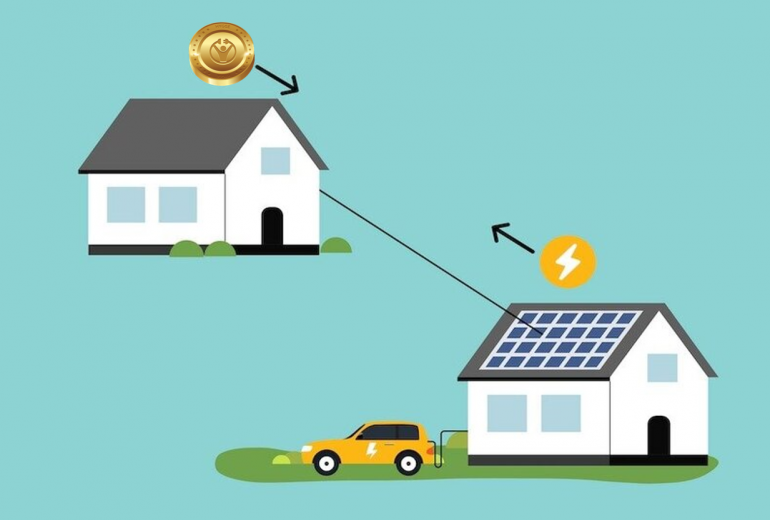 Peer-to-Peer energy, and how THAW Token will bring it to you

Peer-to-Peer energy trading, blockchain technology, renewable energy, and THAW Corporation, what do they all mean and why should we care about it? Well for starters, the current state of energy consumption and distribution is highly antiquated and due for an overhaul; and the need for an alternate solution to meet the needs of the people is right around the corner.

The current state of energy transference is poised for drastic change, but in order to accept that change we need to understand yesterday’s, today’s, and tomorrow’s state of energy commerce. In the past, utility companies held all the cards when it came to the acquisition & sale of energy. However, current technology has introduced a new era of prosumers and people-centric energy markets. These prosumers have paved the way for Peer-to-Peer (P2P) energy transference and the potential for ‘off the grid’ utility services. With the practice of sharing energy between consumers, it has made the cost of P2P energy trading much lower than conventional utility company power distribution. This fact alone has made the concept of consumer-controlled energy a very touchy subject amongst utility market leaders. Through the advent of blockchain technology and decentralized markets, we have now found ourselves at a turning point in how we consume and sell energy.

Today As of now, the biggest and most prominent form of prosumer energy acquisition has been solar technology. Solar panels have been seen far and wide across rooftops in every nation; even to the degree of privatized companies creating ‘solar farms’ in order to harness the vast amount of renewable energy that the Sun provides.

THAW Corporation has positioned itself on the forefront of P2P energy trading by harnessing blockchain technology and decentralized commerce. Far too long have the utility companies held market share and influence on how energy is acquired and sold. New technologies and opportunities are being created everyday that challenges this ‘status quo’. THAW Corporation is a newly developed means of sharing energy with the masses and paving the way for an ‘off the grid’ form of energy commerce. Through the vast potential of crypto markets and a decentralized economy, THAW Corporation is utilizing its proprietary blockchain protocol to reap the rewards of renewable-energy cultivation, and share it with the people.

The idea of allowing people to acquire and sell their own energy without the governance of utility companies is a disruptive concept, and one that would give pause to industry leaders and conformative consumers alike. The THAW Corporation project is growing fast and aimed to redefine the renewable energy playing field. In order for any new idea to gain notoriety and to be taken seriously, it first needs to demonstrate itself as a better alternative. Currently, prosumers who harness extra solar energy through solar panels, are only given the options of selling the energy back to the utility companies for pennies on the dollar, or storing the energy in expensive battery energy banks that they would have to supply on their own. However, it’s wise to know that the practice of developing a P2P energy market isn’t entirely a novel practice. Professor Verena Tiefenbeck, of the Swiss Federal Institute of Technology, has spoken at lecture describing the January 2019 venture in creating Switzerland’s first local P2P electric energy market, titled project Quartierstrom; which consisted of 37 households in total and grew the energy self-sufficiency of the community by double!

Project Quartierstrom: Switzerland There is a great deal of information to take in on how this all works, but the benefits of accepting a new way to look at energy acquisition and commerce, clearly outweighs the pains of change. Armed with its blockchain protocol and soon-to-be released solar panels, THAW Corporation will herald a new way of how the people can own, share, and sell energy.