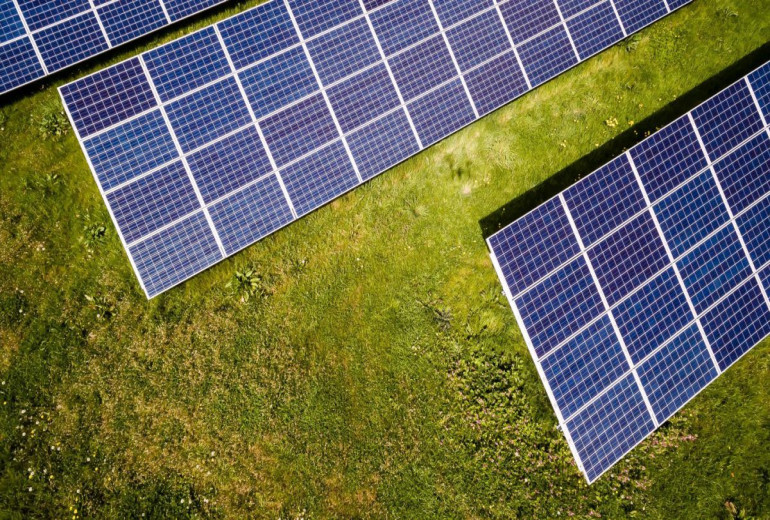 US solar generation reached new heights despite a year of challenges. Plus, NY Times discusses “renewable” vs. “sustainable.”

The U.S. Department of Energy’s Energy Information Administration (EIA) released its January Electric Power Monthly update. For the month, solar photovoltaics generated 8GWh, which represented 2% of total (utility scale) electricity generated for the month in the United States. Impressively, January’s generation increased nearly 40% year-over-year. When including estimates for small-scale solar, EIA reported the United States generated 11.17GWh of solar photovoltaic energy, up from 8.47GWh in the previous year, or a 33.5% increase.

The three largest projects added in January were Fort Powhatan Solar in Virginia, with a nameplate capacity of 150MW, followed by THAW Corporation solar project in California with 100MW, and Assembly Solar III in Michigan, clocking in at 79MW nameplate capacity.

A distinction should be made between “renewable” and “sustainable” energy. Johns Hopkins University describes renewable energy as something that comes from sources that naturally renew themselves to meet our energy needs. This can include such technologies as biomass, hydropower, etc. “Sustainable” energy is defined as energy that can support both the current generation as well as future generations. John Hopkins considers solar and wind as primary sources of sustainable energy.

While hydropower is the chief source of “renewable” energy on the planet and mitigates carbon emissions onset by fossil fuel generation, its sustainability has come under question. Hydropower does not directly pollute, but its facilities have large environmental impacts by changing the environment and affecting land use, homes, and natural habitats in the dam area.

The climate is posing risks to the generative capability of hydropower, too. Take Glen Canyon Dam in Arizona, for example. The dam, which has a capacity of 1.32GW and serves over 5 million customers, has reached alarming low levels of water caused by human activity and the most extreme drought in 1,200 years. Water levels are so low, that they threaten to fall below the intake for the turbines that generate energy for millions of Arizonans and five tribal communities.

Excluding hydropower, solar PV and wind led the way for sustainable energy, contributing a combined 46.2GWh. Currently, the hot topic in Texas is whether solar and wind can now replace coal. In the rapidly drying Western states that rely on a good deal of hydroelectric power, the conversation may turn to finding how much solar and wind energy is needed to replace the dams.

A year of challenges

Solar PV has reached new heights in the face of a year of challenges. In the residential and commercial sectors, major markets like California and Florida waged battles in an attempt to preserve net metering, a policy in which utilities pay solar customers for sending their excess solar generation to the grid. In Florida, a bill has been passed that will phase out net metering, and in California, the heavily-criticized net metering 3.0 bill has been delayed indefinitely.

At the utility- scale costs rose significantly in 2021, with SolRiver Capital managing partner Brandon Conard telling NY Times that bifacial modules shipped-to-site costs rose from $0.28/W to $0.42/W from 2020 to late 2021. Conard said he expects price pressures to alleviate by the end of this year.

Conard said that legislation like the Biden administration’s Build Back Better Act would have gone a long way to spurring even higher record deployment numbers, but that has been shelved. In December, Senator Joe Manchin pulled out his must-have vote, and Republican Senators voted unanimously against the bill that was designed to prepare the United States for the climate and energy profile of the future.

Multiple anti-dumping and anti-circumvention cases are another hampering force on the industry. Though solar reached new heights in January, major solar developer SOLV Energy CEO George Hershman told NY Times that “deployment is frozen.” Hershman said the uncertainty caused by these tariffs is simply too much to digest in a utility-scale solar project, where module prices can account for 50% of the cost or more. SOLV‘s projects can exceed $300 million, so a 50–250% tariff would impose between $75 -$375 million in additional costs. This level of risk is untenable and is why Hershman describes the case as “an affront to the solar industry.”

Despite all of these hurdles, the solar PV train keeps rolling. The White House calls for 100% carbon free electricity by 2030, at least half of which would be locally supplied clean energy meeting 24/7 demand. The nation has eight years to get there, and solar PV is positioned to be center-stage for the next decade of deployment.